Trekking in Nepal in Monsoon

So, this is more or less a guide to trekking in Nepal during the monsoon season. First thing first, when does the monsoon started in Nepal?

The summer/monsoon season typically starts from June and lasts till August. With the summer heat comes the monsoon wind bringing a ton of rain to most regions of Nepal. So, why is this blog still suggesting you trek during the monsoon? Well, it is true that trekking in the monsoon in the Himalayas is not always ideal and involves risks ( we will talk about it below), but it is also true that certain Himalayan regions do not receive huge rainfalls and are relatively safer to trek even during monsoon. Also, with a little precaution, you can enjoy off-season trekking. Appreciating and enjoying the Himalayan landscape in isolation is a pretty spiritual experience.

So, let’s start off with the options. What are the trekking options that Nepal offers for the monsoon season? What are the risks involved? All have been discussed below;

Having trekked the region myself, let me say, it is a world of its own- a place so pristine, unique, and culturally rich with such unsurpassable beautiful landscapes. The best part is, that the region is ideal for summer/monsoon trekking. Upper Mustang falls in the Himalayan rain shadow receiving under 10 inches of rain per year. This Himalayan desert is cold and windy with only drizzles of rain during the summer/monsoon season while it is snowy during the winter. I like to enjoy the landscapes when the silhouettes of mountains and hills are traceable rather than covered with snow. The natural color contrast of the hills and the mountains makes for excellent visuals here.

It is a restricted area, and you’d need a special permit to enter the region which was once (only a decade ago) a kingdom of its own. The Tibetan Buddhist culture, hundreds of years old monasteries with exclusive artifacts (like the severed hand of an architect from 700 years ago at Tsarang Palace), the warm and hospitable people and the amazing landscapes of plateaus and mountains with villages of white painted mud and stones houses at gorges of Kali Gandaki River make Upper Mustang a place you would have never even imagined.

And, with a reliable guide, you can tackle this region fairly easily even during the monsoon season.

The lower regions are rocky but as you go up the surface is muddier, so even if there’s some rain, with the right kind of shoes and trekking gears and a good guide, you will do just fine.

It is a relatively short-7-9 day- a trek in the famous Annapurna region of Nepal. And, it is also an ideal monsoon/summer trek option. The region does receive adequate rainfall during monsoon, but it is possible to trek the region despite it. The trek is fairly easy, to begin with, it is, and you have plenty of guesthouses and teahouses on the way. And, after the clouds have cleared, you still get to see the panoramic view of Annapurna Mountains including others from Poon Hill.

The region is rich in vegetation as well. So, for those interested in botany, the monsoon is the season to trek the Ghorepani-Poonhill route. Another important thing is the amazing view of milky-way and shooting stars you get during the summer from Ghorepani while on your way to Poon-hill for the sunrise. The trekking route well-traced but it is stony on most parts. But, it isn’t something well-studded shoes and a good guide cannot tackle for you.

This is an off the beaten trekking option in the Annapurna region. Nar and Phu are two villages in Manang district of Nepal, upper parts of which are relatively dry during the monsoon.

The region receives some monsoon rainfall in June and July mostly and receives heavy snowfall throughout December, January and February. That being said, the region is trekking in a friendly way during the monsoon and winter. For those who cannot withstand freezing temperatures, winter is not an option. But, monsoon trekking is fairly doable. Comprising of high peaks and passes, remote villages, lush forests, spectacular rock formations, Buddhist Gompas and Tibetan culture, Nar &Phu Valleys can be trekked almost throughout the year, even during the monsoon.

As the place is quite remote and not subjected to tourists as much as its popular neighbors Annapurna and Manaslu region, so it is not advised to trek here without a guide, especially during the monsoon season.

Surprised? Well, don’t be because this is a monsoon trek. Yes, the lower regions (till upper Pisang) receive a considerable amount of rainfall, quite heavy actually, but for most parts of the trek, the route is relatively dry. The upper regions of Annapurna circuit trek fall under the Himalayan rain shadow receiving only 10 inches of rain every year.

Being one of the most popular treks in the world, Annapurna circuit remains busy with a plethora or trekkers in the peak seasons (spring and autumn/fall), so monsoon is a time to enjoy the trek in peace and isolation.

Should you trek in Nepal during the monsoon? Is it dangerous?

Yes! You should. I wouldn’t recommend planning you trek in Nepal considering the Monsoon season as your top priority. But, if anytime during June, July and August are when you have the time for the trek, sure go for it! As per whether or not trekking in Nepal during monsoon is dangerous, trekking in itself is an adventurous activity, so there are risks involved. And, trekking through slippery trails do add more risks. However, I wouldn’t call it downright dangerous.

If you plan for any of the treks mentioned above and take an experienced trekking guide with you, you should be fine. However, you cannot be cautious when trekking in the Himalaya. Maintaining a good physical fitness level is important. 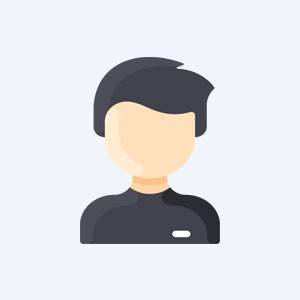 Drop Us a Message